The Brandywiners, Ltd. celebrates 90 years of tradition in 2022! With more than 300 active members, a thriving chorale, and an annual large-scale production, the Brandywiners strives to deliver consistent and exceptional theatrical and vocal experiences throughout Delaware and the surrounding area. 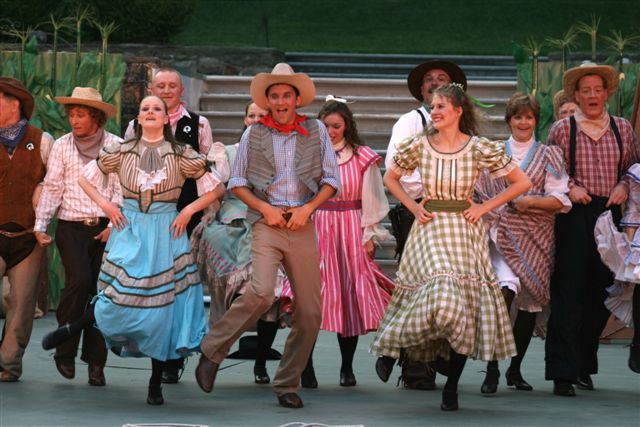 Here’s how it all began. In the Depression year of 1932, prospects for college-age people were far from promising. But Frances Tatnall, a recent graduate of Bryn Mawr College, had an idea. While returning from an operetta performance with her sister and brother-in-law, she boasted that she and some of her friends could produce a better show than the one they had just seen. She enlisted the help of William Winder (Chick) Laird, then a student at M.I.T., and plans for a summer production quickly emerged.

The fledgling impresarios engaged Frederick W. Wyatt, a prominent conductor and vocal teacher, to direct a hastily assembled cast in The Pirates of Penzance. Chick Laird was stage director, Fred Wyatt found capable singers for the leading roles, and the co-founders recruited choristers and committee members. 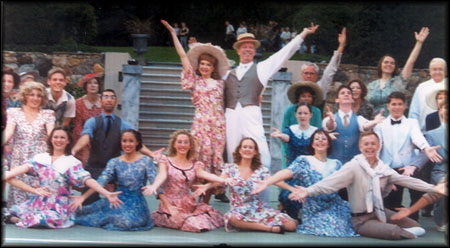 If you are the co-founder and director of a new theatrical company, it is no hindrance to be the favorite nephew of an uncle who owns a magnificent outdoor theater.

Chick Laird asked his uncle, Pierre S. du Pont, to permit The Brandywiners to present their first performance at his Longwood Gardens Open-Air Theatre and, except for the World War II years, 1942-1945, The Brandywiners and Longwood have been inseparable.

Throughout his lifetime, Mr. du Pont had been interested in the theater since his childhood and frequently expressed the hope that directors would effectively use his spacious 62′ x 34′ multi-level main stage. The Brandywiners have met his challenge through the years by offering extravaganzas that feature large singing and dancing ensembles, lavish costumes and professional orchestras.

For the rest of his life, Pierre du Pont maintained a special interest in The Brandywiners. His encouragement and behind-the-scenes support were major factors in the development of an organization that has become a major contributor to the musical life of the Delaware Valley.

Since Pierre du Pont’s death in 1954, The Brandywiners have continued their summer productions in cooperation with the Board of Directors of Longwood Gardens, Inc. 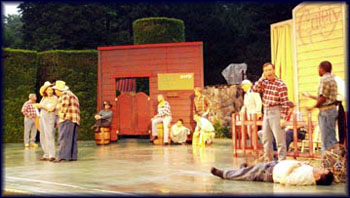 The Brandywiners Through the Years

Previous
Next
Add to cart